Neopets is a browser-based online game that allows the creation of virtual pets that inhabit the world of Neopia. Many of its features utilize a mix of Flash and HTML5, with the site currently in the process of fully switching over to the latter due to Adobe's end of support.

Visitors can create an account and take care of up to five virtual pets (six for premium members), buying them food, toys, clothes, and other accessories using the virtual currencies: Neopoints and Neocash. Neopoints can be earned through many ways including playing games, investing in the stock market, and winning contests. Neocash though must be purchased with real money, with occasional promotional events that allow users to earn Neocash for free. Users can explore the world of Neopia with their Neopets and interact with each other through the Neoboards, Neomail, guilds, and certain games.

The site semi-regularly hosts events called Plots, stories with activities and puzzles for users to participate in that reward large prizes at the end.  Neopets also has many holidays and annual events like the Altador Cup, Festival of Neggs, and Winter Starlight Celebration. The site is also known for fostering creativity through its various contests (including multiple art contests, a user-created newspaper, and at least 2 types of website building/coding showcases).

Neopets was started way back in 1997 in a dingy little computer room by Adam Powell and Donna Williams. The site was launched on 15th November 1999. Originally it was meant for "bored college students who missed having a pet". Neopets was nearly called Geopets but the domain was taken. It would have been called 'Varmints' if Adam's mum got her way.

Neopets has been available in many languages since 2004: Dutch, Portugeus, German, French, Italian, Spanish, Chinese, Korean, and Japanese. While all of these languages are still selectable, many of them are broken; items and images with text are often still in English regardless of language, and languages that use special accents or non-Latin lettering sometimes have formatting errors or missing characters.

At the end of 2008, the Italian and Japanese versions of Neopets stopped being updated. Since January 2009, you will not be able to get new news on the Korean Neopets site. In February 2015, it was announced that the Chinese and Dutch versions of the Neopets page stopped updating.

As of January 2020, changing language (even to a supposedly supported one like French or Spanish) does not affect the New Features page.

In 2005, Neopets: The Darkest Faerie was released as Neopet's first console game release on the Sony PlayStation 2 console. Since then, three more video games were released in the series, which are Neopets: Petpet Adventures: The Wand of Wishing, Neopets Puzzle Adventure, and Neopets Codestone Quest.

Neopets currently has 2 active mobile apps for Android & iOS, Ghoul Catchers and Legends & Letters. 2 more mobile apps, a 3D world builder and a mobile-friendly version of the website, are currently in development and have been demoed at Comic Con.

Want to know more about Neopets? Just take a look around this wiki! 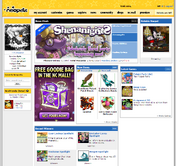 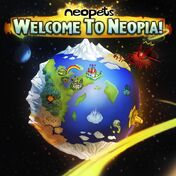 Add a photo to this gallery
Retrieved from "https://neopets.fandom.com/wiki/Neopets?oldid=50042"
Community content is available under CC-BY-SA unless otherwise noted.