Currently the game occupies both game ID's 621 and 627, the latter of which being the playable version. It's unknown why the previous one exists, as placeholder names are usually unaccompanied by trophy images in Neopets' image server.

" Whether it's studying ancient ruins or searching for hidden treasure, there's no challenge too great for Jake, Neopia's greatest explorer! Journey through deserted beaches, wild jungles, and fiery volcanoes, collecting gold coins, precious gems, and Mystery Island fruit on a quest to find a rare golden idol. But beware of the many traps and obstacles in your path! " 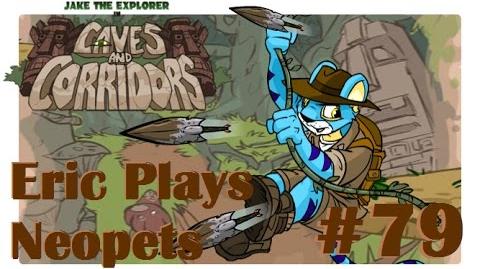 Let's Play Neopets 79 Caves and Corridors
Visit the Games category for the full list of games.
Community content is available under CC-BY-SA unless otherwise noted.
Advertisement